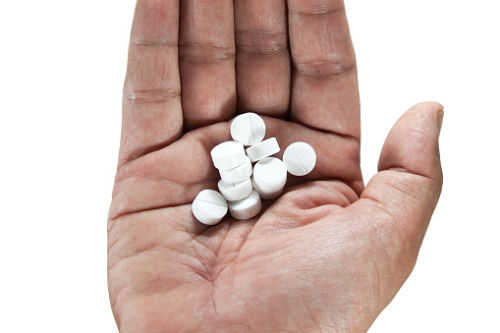 Overdoses from the opioid drug fentanyl is on the rise in Ohio. Fentanyl has been in the news recently as the drug that killed Prince, and the growing numbers of people across the country who are abusing this drug is shining a further spotlight on it.

The Ohio Attorney General Mark DeWine is cautioning Ohioans about the drug. He notes that just in 2010 there were 34 deaths from Fentanyl compared to 1,110 deaths in 2015. This is a dramatic upsurge and numbers are expected to increase this year. The drug is considered 30 to 50 times stronger than heroin, and when combined with other drugs like heroin and cocaine, the chances of fatality increases significantly. DeWine points out that the statistics across Ohio counties are staggering:

Fentanyl is a synthetic opiate that is used to ease pain for those suffering from serious or longstanding conditions. In its prescription form, it is known as Actiq, Duragesic, and Sublimaze. Its street form has many names including Apache, China Girl, China white, dance fever, friend, goodfella, jackpot, murder 8, TNT, or Tango and Cash.

Most of the drug overdoses have been because of illegal street versions produced in underground labs. While the prescription versions are typically injected at a hospital, or prescribed in a lozenge, film, or patch format, the illegal versions are distributed as a powder that can be mixed with other drugs or substituted for heroin.

Solutions for Fighting Back Against Growing Illegal Opioid Drug Abuse

Ohio has been recognized as a hotbed for the growing rate of opioid deaths — so the state is looking to make some changes.

Ohio has been recognized as a hotbed for the growing rate of opioid deaths. There are several ways the state is looking to make some changes. There are drugs that can help in addiction or overdose situations. For example, the drug naloxone can be administered to counter an overdose. Attorney General DeWine formed a Heroin Unit in 2013 that would help law enforcement with investigations and prosecution but also help an outreach unit to help the communities in fighting back against this problem. Educating officers on how to administer naloxone to drug overdose victims is one of its missions.

When Wayne County prosecutor Daniel Lutz discovered that the law only allowed him to charge a fentanyl dealer with a first degree felony crime when they are carrying a medical-grade dosage form, he decided to try to change the law. As the law stood, people found with illegally produced forms of fentanyl would only be charged with a third-degree felony. Senate Bill 237 introduced to the Ohio legislature would allow first degree felony charges for anyone carrying at least 5 milligrams of fentanyl in any form.

Drug charges depend on the schedule a drug falls into, how much of it you are in possession of, and other factors such as whether or not this is your first offense or not. Fentanyl is in the opioid category of drugs classified as a Schedule II drug. A convicted individual could be facing between $2,500 to $20,000 and/or serving between 6 months to 11 years in prison.

As drug overdoses increase, those most vulnerable to illegal use or being arrested on a charge of illegal opioid use may be young people. Ohio has specific laws regarding prescribing opioids to minors. Before even prescribing a single course, a prescriber must assess their mental health, discuss the risks with a parent or guardian, and obtain written consent from the parent or guardian. Prescribers must follow rules on properly documenting use, dispensation, dosage, and circumstances around opioid prescriptions.

Do You Need a Great Drug Charge Criminal Defense Attorney in Ohio? I'm Here to Help!

When charged with a drug offense, you need an experienced criminal defense attorney to assess your case to see how to mitigate, and in the best of cases throw out, the charges. Don't let the State of Ohio throw every charge and the kitchen sink at you and get away with it. Although the increase in drug overdoses is very real, and the danger is there, with the kind of press this issue has been getting, there is also a danger of people being overcharged or mistakenly arrested as the state seeks to overcompensate. I know every person needs someone to stand up for them, and I will fight for you zealously and vigorously. If you or a a loved one, such as a spouse or child, has been charged with illegal fentanyl possession or another related drug charge, contact me at my Columbus, Ohio criminal defense law firm at (614) 263-5297.