Police Arrested Me for Drunk Driving in Delaware, Ohio: What Should I Do? 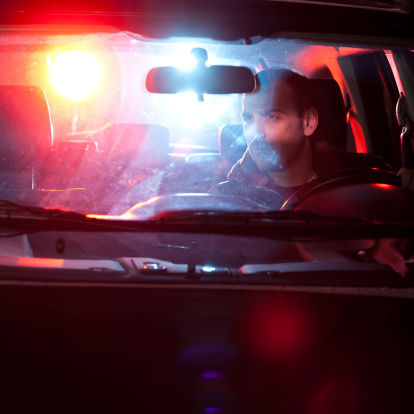 Law enforcement officers have the authority to pull over suspected drunk drivers in Delaware County — from City of Delaware Police to the Delaware County Sheriff's Office or even the Ohio State Highway Patrol. It all depends on where you're driving at the time. Outside the City of Delaware, police from other municipalities, such as the Genoa Township Police, also have jurisdiction. Most suspects end up in the Delaware Municipal Court.

Regardless of which agency charged you, if you have been arrested for an Ohio DUI / OVI the first thing you should do is speak to an experienced lawyer. Do not make any statements to Police (especially false statements); save the explanation for your attorney. You don't want anything you say to be misinterpreted and used in court against you. You don't want slurred speech recorded on a body camera, either. Your attorney is best poised to protect you from this. Simply hand the Officer your ID, registration, and insurance card and remain silent. Avoid performing road side field sobriety tests in front of the police car. You may politely decline with no legal consequences if you are unsure. Avoid admitting or denying anything.

What you do before you are arrested or accused of drunk driving is just as important. Help yourself and your lawyer by following some easy steps:

All States have laws on drinking and driving, and Ohio is no exception. The difference is that if you're from Ohio, and you get behind the wheel after too many drinks (which you should not), then staying in Delaware, Ohio is better than being outside of our fine state. Why? I will be available to help you when you are in a bind.

One man originally from Ohio failed to use caution, and was in an accident in the State of Delaware. Or, perhaps he became confused after too many drinks and ended up in the State of Delaware instead of Delaware County, Ohio. All kidding aside, this 21-year-old driver chose to drink and drive when his car caught fire for unknown reasons. The driver seemed unconscious as a State Trooper tried to help him out but he became alert suddenly, placed the vehicle in reverse, and tried to drive away. The trooper told the driver to stop and exit the flaming vehicle. At some point he complied and then tried to resist arrest. Needless to say, a drunk driving charge was just one of many — he was charged with DUI, reckless endangering in the first degree, resisting arrest, criminal mischief, failure to have insurance, and driving an unsafe motor vehicle. Don't let this be you. You don't want to be facing a stack of charges when you could have been facing far fewer.

Tell Your Side of the Story

Give your attorney the complete facts that you recall. An especially important aspect of what you can recall surrounds the blood alcohol content (BAC) or Breathalyzer test an officer administered to you.

When you sit down with your attorney, give the complete facts that you recall. An especially important aspect of what you can recall surrounds the blood alcohol content (BAC) or Breathalyzer test an officer administered to you. Whatever test you took (or if you refused), test administrators must follow strict procedures for the evidence to be valid. There are many ways in which a breathalyzer or other test evidence can be thrown out. If your blood was drawn or urine sample taken, there are even stricter Ohio Department of Health procedures which samples the best defense lawyers can get suppressed (thrown out of court). There are many people who handle a blood or urine test, and they all might have to show up and testify to validate the correct handling of a sample.

An experienced, trusted attorney is an absolute must. Search for the best Delaware OVI Attorney. Wolfe Legal Services is familiar with the procedures and officials of the Delaware Municipal Court, where your OVI case is likely to be handled. This local knowledge means that, from the moment of your first free consultation, we will be working for the best result possible.

Wolfe Legal Services is your choice for experienced, aggressive, and well-connected legal advocacy. Contact Attorney George Wolfe today at (614) 263-5297 or fill out our online form. Consultations are free and confidential.