Menu
Home › I Was Charged with a Crime: No…

I Was Charged with a Crime: Now What? 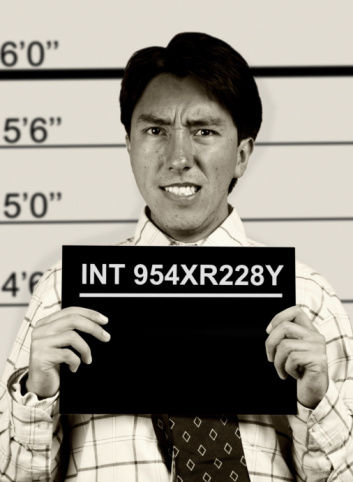 The criminal process is complicated, and most people are understandably afraid to go it alone. This is where an experienced Columbus, Ohio criminal defense attorney can help you understand the process and get you through it with the best possible outcome under the circumstances.

If you have been charged with a crime, then you’ve likely been arrested in one of a few common ways, whether it was because you were caught by police in the alleged commission of a crime, such as drunk driving, had a warrant out for your arrest, or perhaps you were arrested for something you were not originally stopped for. Either way, this triggers your right to have your Miranda Rights read to you. You have no obligation to speak to the police about the charge, and you should not until you have your attorney by your side. You might have been taken to jail at the Franklin County Correction Center on either Front Street in Columbus or Jackson Pike, but just because you are taken into custody does not mean you must speak to police if questioned. Instead, ask for a lawyer.

Arraignment is your first appearance in court. Here, you will be told the charges you face, find out if you are eligible for bail, be informed of your constitutional rights, and be able to enter a plea. You may enter a plea of “guilty”, “not guilty”, or “no contest”. Each of these pleas is important, so don’t take it lightly. Admitting guilt means you admit the facts asserted are true and that you did commit the crime(s) you’ve been charged with. “Not guilty” means you deny you committed the crimes charged against you and that you are innocent. “No contest” means that you deny guilt but cannot win against the charges levelled at you.

Once a defendant is charged, booked, and incarcerated, bail is a way for the justice system to make sure a defendant appears in court. Bail allows a defendant to be released pending the case and upcoming court appearances. There are three ways a defendant could be released

The preliminary hearing is an opportunity for the defense to uncover weaknesses and test the strength of the prosecution’s case. A judge will decide whether or not there is enough evidence to establish probable cause, which in turn determines whether or not the case goes forward or not. If the prosecution cannot establish probable cause, then the defendant will be released. Misdemeanors typically stay in the municipal court and felony caseswill go to the common pleas court.

Pretrial hearings serve several purposes. If there is no plea bargain or probable cause has been established, then a pretrial hearing will be scheduled. Here a plea agreement may be negotiated again and each side will test the other side’s strengths and weaknesses. If a plea agreement is mutually agreed upon, then it will be entered at this point and the case will proceed to sentencing. Otherwise, pretrial motions may be made to limit the scope of evidence brought in.

If no plea agreement is reached, then the case will go on to trial. Trial must take place within set periods of time after being charged because it is a defendant’s federal and state constitutional right. The time periods are as follows:

After closing arguments, the judge will read the jury instructions to the jury, and the jury will then be asked to deliberate about the charges based on what they heard and saw throughout the trial. The jury will come back with its determination of guilt or non-guilt, and the verdict will be read to the court.

If a jury makes a determination of guilt on one or more charges, the case will proceed to the sentencing phase. Sentencing will happen at a sentencing hearing. A judge decides sentencing, and usually has options in terms of kind of sentencing depending on the crime, including probation, community service, counseling, jail or prison time, and other options. Sentencing is delineated by federal and state sentencing guideline statutes.

Charged With A Crime? We're Here to Help

If you have been charged with a crime, a good criminal defense attorney is critical. Attorney George Wolfe isColumbus, Ohio's trusted choice to fight for clients against criminal charges. If you need assistance with criminal defense, contact Wolfe Legal Services at (614) 263-5297 or fill out the online form.