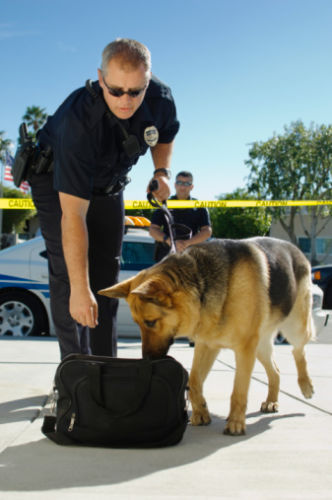 There are both federal and state criminal laws that establish drug charges. Federal charges might apply in certain situations, like if you are charged with transporting drugs across state lines. In this case, as a Columbus, Ohio resident, you might end up in Columbus U.S. District Court for the Southern District of Ohio instead of Franklin County Municipal Court.

Ohio's criminal system carries punishments for possession of controlled dangerous substances and also the underlying compounds used to manufacture them. The manufacture and sale of these drugs carries different penalties as well. Ohio also punishes the possession and sale of marijuana.

Ohio classifies controlled dangerous substances into 5 schedules. Schedule I contains the most dangerous, addictive drugs with no medical value. Schedules II-IV go in order of decreasing danger and addictiveness. The punishments vary depending on the amount in possession.

Defendants carrying Schedule I or II drugs is a felony meaning anywhere from paying a fine of$2,500 fine and/or 6 months in jail to paying a $20,000 fine and/or 11 years in prison. Depending on the quantity that a person is carrying, he or she may face between a minor misdemeanor entailing a $150 fine, no jail time and no record of the conviction, to a fine of $20,000 and/or 8 years in prison. Fines and senteences increase for repeat offenders. If caught carrying more than 100 grams, a judge will also suspend your driver's license for 6 months to 5 years.

Punishments also depend on amount cultivated or sold, but defendants face the range of punishments similar to those of possession. A judge could increase the severity of the fine and/or punishment for repeat offenses or selling within 1,000 feet of a school.

How Can an Attorney Help?

For a defendant charged with a fourth degree felony, if he or she can prove that they were carrying solely for personal use, then an attorney may be able to get the charge reduced to a fifth degree felony carrying the lightest felony punishment, or a misdemeanor carrying a punishment of up to a $1,000 fine and/or up to 180 days in jail.

A good attorney will analyze your case to see if the police officer conducted a legal search under the Constitution. All too often, it isn't. An officer must have probable cause to search you. That means it cannot be on a whim; the evidence must point to the officer believing that more likely than not there was criminal activity. Cases have been won and lost on this point, shaping the contours of what probable cause really means. A skilled lawyer will be able to assess, and where applicable, argue on the point of probable cause to get your case tossed out.

There are a host of ways to show that the evidence the government has on you is bad and should be thrown out. This can mean that key evidence the state was depending on can no longer be used in court against you. For example, police officers must establish a chain of custody for any physical evidence they take from the scene of the alleged crime to the courtroom. If there is a gap that is unaccounted for, it can be a significant problem for the state.

These are just a few ways an experienced, Columbus Ohio criminal defense attorney can analyze your case to change the outcome. Contact me at Wolfe Legal Services today for a free, confidential consultation at (614) 263-5297 today.