Ohio Juveniles Cannot Be Sentenced to Automatic Life Without Parole 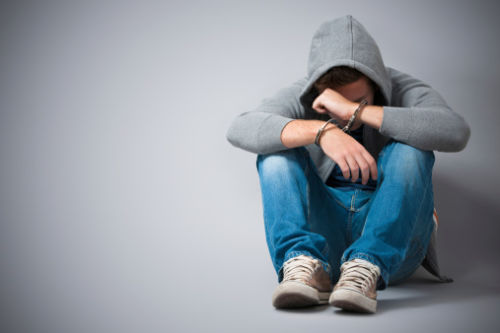 In 2012, the United States Supreme Court decided in Miller v. Alabama that juveniles could not be given non-discretionary life prison sentences. This means that they could instead be eligible for parole since the judge had discretion to consider youth as a mitigating factor. This ruling affecting the Constitutional law of the land was an important landmark for all states. Up until then, states differed on how it handled sentencing for juvenile homicides. This mandate from our highest court made it clear that now every state must offer youths a second chance, so to speak, by giving discretion at sentencing.

Recently, the Supreme Court took up the issue from a new angle in Montgomery v. Alabama — it answered the question of whether or not this mandate applied retroactively to convictions handed down before Miller was decided. The Court decided it did, which meant that teenagers who had been locked up on mandatory sentences now fell under the net of Miller. In Montgomery, a 17-year-old had been convicted of killing a deputy sheriff in 1963. The central reasoning behind the Court's decision can be summed up with the idea expressed by Justice Kennedy that youth should be given an opportunity "to show their crime did not reflect irreparable corruption." Now, more than 2,000 individuals nationwide are eligible for re-sentencing and some could live at least part of their lives outside prison bars.

Ohio has actually already had a discretionary system in place. This does not mean that sentencing for juveniles has been completely smooth sailing since Miller, however. For example, in State of Ohio v. Long, the Ohio Supreme Court reviewed a decision by the lower appeals court that affirmed sentencing a then seventeen-year-old to multiple life sentences without parole in addition to nineteen years on other counts. Eric Long had been a part of two separate shootings, one where he shot into a house with two other co-defendants and another where he shot someone in a car on I-75. Both shootings were committed with assault-style weapons. The First District Court of Appeals took up the question of whether or not the trial court sentence was in line with Miller. It affirmed the sentence, saying that the sentence was not mandatory, and therefore fine by Miller, because youth was a mitigating factor that was considered during sentencing. In essence the judge did have discretion, and exercised it.

Supreme Court of Ohio Agrees with Lower Court Rule of Law and Reasoning, Not with Level of Detail Given During Sentencing

So it seems that things are not likely to change significantly in Ohio because of the Supreme Court of the United State's recent decision in Montgomery v. Alabama. After all, discretionary sentencing had already been in place in Ohio, and it had already been grappling with making sure that its decisions were indeed consistent with Miller. The statutes at issue in Miller and Montgomery were in states that imposed mandatory sentencing, disallowing discretion, a much larger change to deal with on a state-wide basis. Throwing in retroactive application is an administrative task that will be no small feat.

Wolfe Legal Services helps youth offenders with zealous, experienced defense. I fight for you and make sure you get the best outcome possible for your case. Give me a call today at (614) 263-5297 or fill out the online form so that we can sit down and discuss next steps for your situation. Everyone deserves respect and a chance to show they have changed. Don't let the justice system let you slip through the cracks.