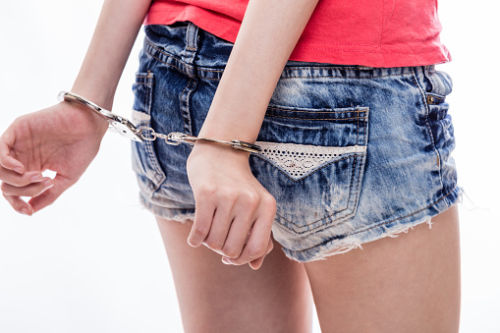 Columbus police have been conducting targeted sweeps along the west side of Columbus, Ohio in the past few weeks.

In one sweep that happened the first week of July, police arrested 43 women and 24 men in a sweep that lasted two days. The sweep centered around Sullivant Avenue. One woman was arrested on both days, the first day having been turned away for medical reasons. Another woman who was arrested had an ankle monitor on. The sweep targeted both johns and prostitutes, who were arrested and booked into Franklin County jail.

In another sweep that happened a few weeks later in July, 40 women and 20 men were arrested by patrol officers and Columbus' Division of Police's Vice Unit. In this sweep, law enforcement targeted the Hilltop and Franklinton areas of Columbus' west side. Police chose these locations based on complaints by neighbors. Again, Sullivant Avenue was a prime target, as well as W. Broad Street.

So What Is Going on with Prostitution on the West Side?

Police, neighbors, and community leaders do not have clear answers, but heroin use is likely one factor. People need to find a way to pay for a drug habit, and if you're down and out, then prostitution can seem like a solution. Police have been surprised at the statistics coming out of the West Side of Columbus. More than half of the prostitution arrests are coming out of that area, compared to one-third from last year. Neighbors have known that Sullivant Avenue, especially, has been a growing area where people go to find prostitutes.

So What Are Authorities Doing About Prostitution?

The police response in sweeping and conducting stings is certainly one way to react. But does it really do anything? For prostitutes and pimps it might just be an inconvenience that happens quite frequently. The woman arrested on both days of the first sting is a good example. It is also of questionable value to continuously punish prostitutes and treat them like criminals. They will likely just go back to that life the more they are treated like criminals and made to feel like there is no other path in society for them.

Police can be creative when it comes to stings as well. If you recall, last year in the summertime, I reported on police snaring unsuspecting customers of escort services on Backpage.com in stings. Police were posting fake ads. Remember that you should not talk about an exchange of money in public, including a website, since it is paying for sex that is illegal. Meeting up for sex: fine. Talking about sex: fine. Paying for sex: Arrested. Talking about paying for sex: this is one step away from paying, and the police look for this, so why light a bright red beacon for the search crew? Keep that in mind when you are online and being a chatterbox.

Some communities and leaders are realizing that continually arresting people may not make sense. The Linden area also had a sweep, and it is currently working toward a plan to help prostitutes confront and overcome their addictions, meanwhile aggressively going after their customers. After one sweep, the arrestees were taken to a church parking lot and told how prostitution hurts the neighborhood. Arrested johns will also receive handouts that talk about why prostitution is hurtful to a neighborhood. This may not be effective on people who are in dire straits themselves, but at least it is a try for something more productive.

You also may recall one of my past blog about the Franklin County CATCH Court, which provides arrested prostitutes a potential path to getting charges dropped if they successfully complete a program including attending counseling, keeping a job, and staying clean. Judge Paul Herbert spearheaded that initiative once he realized prostitutes are victims of human trafficking rather than criminals.

Arrested for Solicitation or Prostitution Charges? I Am Here to Help

I have been working as a trusted Columbus, Ohio criminal defense attorney for more than 20 years, and I am battle-hardened in trial court. I understand that if you're arrested for being a john, it can be embarrassing and can be disruptive for your whole life. Being arrested for prostitution can be embarrassing for a woman, traumatic, and ultimately chip away more at her ability to overcome personal obstacles. The system is designed to throw the book at you, but I am here to defend you and fight for you to have a life that does not involve more jail-time and societal shaming. Call me today for a confidential, free consultation at (614) 263-5297 or fill out my online form.