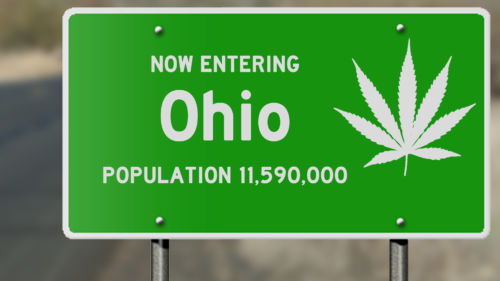 Ohio's new law on medical marijuana went into effect on September 8, 2016. The law created an advisory committee that will oversee the rules, standards, and procedures for growing and selling marijuana in Ohio. The committee will also establish procedures so patients and caregivers can register with the the state and obtain patient registry identification cards. However, it will be at least two years before Ohio's medical marijuana program is in full swing.

Despite the new law, marijuana is still classified as a Schedule I substance. While Ohio has decriminalized the possession of small amounts of marijuana (up to 100 grams), violations are still considered a minor misdemeanor, which can incur a fine of up to $150.

In the short term, Ohio's medical marijuana law provides patients with an "affirmative defense" against drug charges. The affirmative defense provision was included as a compromise so patients would not have to wait two years to receive their medicine. According to State Senator Kenny Yuko, one of the law's authors, the law is supposed "to provide patients with this limited, short-term protection without having to wait for the agencies."

Despite this protection, if you have questions about the affirmative defense contained in Ohio's new medical marijuana, or wonder how the new law will impact you, contact an experienced Ohio criminal defense attorney. It is better to understand your rights and have your questions answered, before you find yourself facing criminal charges.

To qualify for the affirmative defense, a medical marijuana user must meet certain criteria, and have a "recommendation" from their physician. The physician's recommendation must certify that:

Only Certain Forms of Marijuana Are Allowed

The marijuana used must be acceptable under Ohio law. Plant materials, edibles, patches, oils, and tinctures are allowed. Smoking marijuana, possessing gummy bears or other edibles that would be attractive to children, and growing your own are still prohibited.

The law also calls for the creation of patient registry identification cards, but it will be months before the cards are ready. The committee has two years to set up dispensaries and determine the rules, standards, and procedures for growing and selling marijuana in Ohio.

It is also unclear where a patient can obtain medical marijuana. The law intentionally ignores where marijuana can be purchased because the State Board of Pharmacy will take some time setting up dispensaries and determining what can be sold there.

While medical marijuana has been legalized in Pennsylvania and Michigan, it is unlikely that Ohioans will be able to purchase medical marijuana in either of these neighboring states. Pennsylvania's dispensaries will still take several years to set up. And it is not clear that Michigan dispensaries would sell to Ohioans, as all out-of-state cards are accepted at the discretion of each dispensary. It is also unwise to fly with marijuana, even for medical purposes, as that remains illegal.

If You Use Medical Marijuana, Be Careful

For patients who require medical marijuana, Ohio's new law is a step in the right direction. However, until the commission sorts out the details, the medical marijuana affirmative defense remains somewhat theoretical, and users should be cautious.

If you have questions about how Ohio's new medical marijuana will impact you, contact us at Wolfe Legal Services today, I work with people throughout the greater Columbus area, including Dublin, Bexley, Upper Arlington, Marysville, Hilliard, Delaware and Newark, and throughout Franklin County, Delaware County, Union, and Licking County. Call (614) 263-5297 any time or complete our online form.