Menu
Home › Can I Legally Drive on Weed in…

Can I Legally Drive on Weed in Ohio? 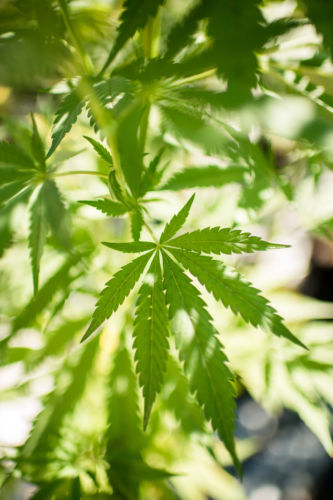 People who are high can perform simple tasks, but they use more of their brain to do so. Reactions times are slower, visual perception is decreased, and the ability to multi-task is impeded. Marijuana impairs many of the cognitive abilities needed to safely drive a car. With delayed reaction times, when sudden things happen, like when a pedestrian steps in front of an on-coming car, stoned drivers cannot respond as well. However, marijuana users are usually aware that they are impaired and try to compensate for it.

In fact, a 2013 study published in the Journal of Law and Economics showed that in the year after medical marijuana laws were passed, traffic fatalities fell. The sharpest reductions were in evening accidents and drunk-driving related accidents. Hansen hypothesized that marijuana may be decreasing accidents because people who would normally be drinking are using marijuana instead.

Driving Under the Influence of a Controlled Substance Is Illegal

Despite what many proponents of marijuana legalization say, driving while under the influence of a controlled substance is still dangerous, and illegal. Presently the tolerance of marijuana metabolite per se is 50 nanograms per mL in blood. A person who smokes weed regularly might have as much that in their blood for a week, prescription or not.

Drivers who are under the influence of marijuana are twice as likely to get into an accident as sober drivers. While the statistics are not as bad as for driving while drunk, the risk is real.

Ohio penalties for OVI, whether a driver is under the influence of marijuana, alcohol, or another controlled substance, are as follows:

In other words: no, you can't legally drive on weed in Ohio.

States Are Cracking Down on "Drugged Driving"

More states are taking a hard line on driving while under the influence of marijuana, and are training police offers to detect signs of marijuana intoxication.

More states are taking a hard line on driving while under the influence of marijuana, and are training police offers to detect signs of marijuana intoxication.

Columbus police and Ohio Highway Patrol officers are increasingly cracking down on "drugged driving." According to the Office of National Drug Control Policy, about 1 in 8 weekend nighttime drivers is driving under the influence of drugs. Police departments are revamping OVI stops to screen for drivers who are under the influence of marijuana or other drugs.

Ohio police officers are becoming certified as “drug-recognition experts” so that they assess a driver on the scene to determine whether they are under the influence of marijuana or other drugs.

Officers are also taught a 12-step drug evaluation and classification protocol to evaluate drivers suspected of driving under the influence of marijuana or other drugs. The steps include a breath test, interview, eye exam, field sobriety tests, and blood, saliva or urine tests.

More Difficult to Test for Marijuana than Alcohol

The presence of marijuana cannot be measured using a road-side breathalyzer test. Police must test for the presence of THC, marijuana's active ingredient, using a suspect's blood or urine concentration. In Ohio, 2 nanograms per millileter of blood (10n/ml of urine), or 50 n/ml of metabolites in the blood (35 n/ml of urine) will conclusively establish that a driver is under the influence of marijuana.

To put that in context, smoking a joint typically raises a person's THC levels to about 200n/ml. Within-lane weaving usually begins at 130n/ml.

If the levels of a driver's THC are above the Ohio legal limits, the prosecutor will not need to present any additional evidence that the was impaired. Impairment is presumed at this level.

Because THC Stays in the Blood for Weeks, An Unimpaired Driver Could Be Charged with OVI

The problem for marijuana users is that THC remains in the blood for days or even weeks after a person last used the drug. While this makes it difficult to determine a driver's current level of impairment, that driver, even if not high at the time, could still be charged with OVI.

Medical marijuana patients and recreational users can still be sent to jail, and current legislation may prevent them from holding jobs they need to drive. However, there is hope. We have had success in cases involving people using long-term opiate pain pills. Several doctors have been willing to testify that a patient is cleared to drive while taking their pain medication as prescribed. It remains to be seen if this will be true for marijuana.

If you or someone you care about has been charged with a marijuana related crime, contact us at Wolfe Legal Services today, I work with people throughout the greater Columbus area, including Dublin, Bexley, Upper Arlington, Marysville, Hilliard, Delaware and Newark, and throughout Franklin County, Delaware County, Union County, and Licking County. Call (614) 263-5297 any time or complete our online form.