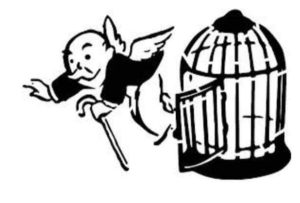 On October 29th, 2018, Ohio's new expungement law became effective.  Technically this process is called sealing the record, because the record is removed from public view, but not completely destroyed.  Now, citizens with additional convictions, including multiple felony convictions, can apply to have his or her record sealed from public view.  It is recommended you contact us as soon as possible to avoid your record being collected into private databases, which cannot be expunged.

Ohio's New expungement law for convictions is found in Section 2953.32 of the Ohio Revised Code.   There are related sections which will also be reviewed in this article.

If your case was dismissed or you were found not guilty, you may apply for an expungement immediately, regardless of the type of case.

Like the old law, a person convicted of one felony can apply after three years from completion of the sentence (including probation and the payment of fines, court costs, and restitution).

The new rules say that a person with two felony convictions can apply after four years from completion of the sentence (including probation and the payment of fines, court costs, and restitution)

Under Ohio's New Expungement Law, if convicted of three, four, or five felonies, the person must wait 5 years.

Another change under Ohio's new Expungement Law is that a person can apply to seal an unlimited number of misdemeanors, after waiting one year from the end of probation and the payment of fines, court costs, and restitution.  There are specific rules related to firearm offenses as well.   Contact us for more information or read the statute here.

The following cannot be expunged:

Contact us anytime for a free case evaluation, after determining you may be eligible.

Jan
21
Ohio guardians may now, with the approval of the court: Create, amend, or revoke revocable trusts of property of the estate of the ward, change beneficiaries of insurance policies, and more Read More
Sep
12
Don't fall for a social security scam which claims your SSN has been frozen. No government agency will call or email you and request payment in the form of wire transfers or gift cards. Read More