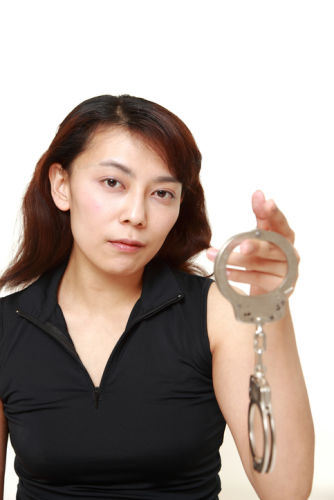 The CATCH (Changing Actions to Change Habits) court in Franklin County is doing something that more institutions in the judicial system should do. This court serves to try to help women who have been arrested for prostitution, instead of condemning them. The court views them as victims, not as criminals.

Where Is the CATCH Court?

The CATCH Court is a specialized docket that is located at Franklin County Municipal Court. The address is 375 South High Street, Columbus, Ohio 43215. You can get information by calling the main line (614) 645-8214.

Judge Paul Herbert started the court because he started seeing that the women coming in on prostitution charges were exhibiting the same problems as domestic abuse victims. He changed his view from thinking these women brought their problems on themselves by joining the "world's oldest profession" to seeing them as human trafficking victims. One day he saw a woman come in with bruises and thought it was a domestic violence victim. He looked down at the file and saw she was a defendant — "prostitution," said the charge. It hit him that these women had the same bruises, broken bones, hair pulled out in clumps, and black eyes. He had to do something about it. Think about the statistics: 100% are chemically dependent, they are raped an average of 6 times, and they average 13 arrests over a two year period. Judge Herbert wanted to break the cycle and provide a path to rehabilitation for those women who could do the work through it.

Who Is CATCH Court For and What Is the Program Like?

Women who choose to must complete a two year program, and if they are successful, their prostitution charge will be dropped. The women must first plead guilty to the charges. Then they must enter a counseling program to address their problems including mental problems, substance abuse, and lack of education. They need to remain sober and stay off of the streets. Once a week, these women must meet once a week in Herbert's courtroom over a potluck meal where they update him on their progress. During the week they do a number of things to help them stay on the straight and narrow including taking classes, going to therapy, and speaking with probation officers.

The statistics show the program is working. Dr. Karen Miner-Romanoff at Franklin University looked into the results from 2009-2013 and noted a drop in prostitution arrests from 1,745 in 2009 to 1,129 in 2013. She found that 77% of graduates of the program had no new arrests. This not only helps women in the county, but it saves on taxpayer money as well. Really, this comes down to treating people like human beings worth helping, not as society's throwaways. The program is an overall success for the Franklin County community.

Columbus also has a "John" school for men arrested for soliciting a prostitute.