Bitcoin Security: How to Protect Your Bitcoin and Other Cryptocurrency 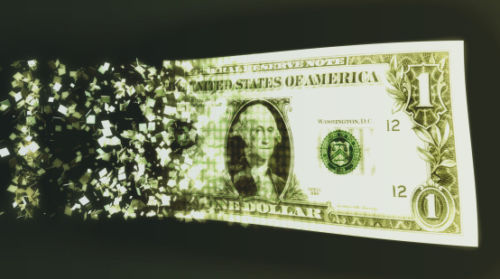 I recently received a call from a person who had 17 Bitcoins stolen. Her insurance company denied the claim, and she needed my help.

Or consider the case of Jered Kenna, who says hackers faked his identity and transferred his phone number to another company, then had all calls and messages forwarded to the hacker. This allowed the hacker to reset Kenna’s passwords, including the ones he uses for his banks, PayPal, Bitcoin services, and Windows account.

These examples beg the question: how can you protect your Bitcoin, and what can you do if you’re hacked and your cryptocurrency is stolen?

How Hackers Do It, and Why You Need to Protect Your Bitcoin

The Federal Trade Commission reported that in the month of January 2016 alone there had been more than 2,500 reports of stolen cryptocurrency.

The security weakness being targeted by hackers is one that any cryptocurrency investor is susceptible to. Online security loopholes are being exploited to gain access to common services like Google, iDrive, Twitter, Facebook, PayPal, Dropbox, Evernote, and other services that use a phone number for security purposes. Once a thief has access, they use information contained in these accounts to fake your identity, gain access to your cryptocurrency, and transfer the funds before you realize they’re gone.

Will Insurance Companies and Law Enforcement Protect Your Bitcoin?

To better understand how insurance companies and law enforcement respond to the theft of digital assets it is helpful to understand how Bitcoin and other cryptocurrencies are valued.

Just like any other commodity or currency, cryoptocurrency is worth whatever people will pay for it. As more people become interested in buying Bitcoin, its price goes up. If interest in Bitcoin goes down, the value of Bitcoin will decrease.

Unlike traditional investment vehicles, Bitcoin is digital cash and, like cash, it is susceptible to being stolen by anyone who has the secret key. Once a thief has the secret key for a Bitcoin address, the thief can send the Bitcoin wherever they want.

However, because Bitcoin and other cryptocurrencies are a relatively new phenomenon, there is wide variety in how law enforcement agencies and insurance companies respond to the theft of Bitcoin and other digital assets.

In 2014 the IRS determined that Bitcoin and other cryptocurrency will be treated as property, as opposed to currency, for tax purposes. This means that cryptocurrency will be assessed at its fair market value, and will be subject to capital gains tax. However, one benefit of this decision is that the IRS has recognized cryptocurrency as a legal form of currency. This is important because many countries have defined Bitcoin either as illegal, or not a currency.

Nonetheless, most insurance companies will not cover the loss of Bitcoin or other cryptocurrencies unless it is specifically covered under an insurance policy endorsement.

Some cryptocurrency issuers have agreed to insure users’ online wallets. For example, in 2013, Coinbase decided to insure its users’ currency through Aon, one of the world’s largest insurance brokers. However, the Coinbase insurance coverage contains one important caveat: it does not cover Bitcoin that is lost or stolen as a result of an individual user’s negligence to maintain secure control over their login credentials. Thus, in a case like Jered Kenna or the woman who called me, Aon probably would not cover the loss.

The insurance offered through Aon does not cover an individual user, but instead is intended to cover a situation where Coinbase itself suffers an online security breach. In this situation, Aon would likely cover funds lost as a result of a breach of Coinbase’s online storage. But it will not step in to cover an individual loss, like the one my caller suffered.

Questions About Bitcoin Security and How to Protect Your Digital Assets? Contact Wolfe Legal Services Today

If you own digital assets or have questions about how to protect them, contact me at Wolfe Legal Services today. I have more than 20 years experience as an Ohio probate and estate planning attorney, and frequently advise people about estate planning in the digital age.