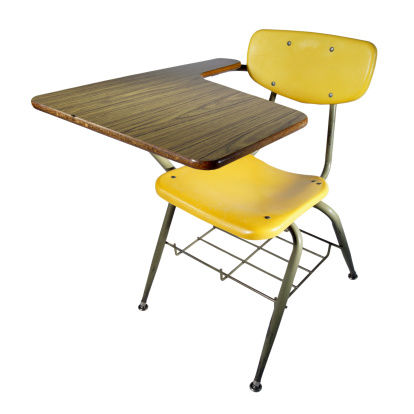 Bobby Schoolcraft, a Columbus police officer of five years with the Columbus Division of Police plead no contest to the criminal charge of soliciting a prostitute. He won't be serving any jail time; he could have served a maximum of six months. He is on desk duty and must attend "John School." Administrators are still deciding what his future will be.

Police Officer Caught in the Spotlight

So what happened here? Court documents say that he is charged with soliciting and engaging in sexual activity with a prostitute. The woman, Amber Cornelius, has a long history of prostitution and drug abuse. In fact, she's currently in custody at Franklin County jail for drug possession charges.

You might be wondering why a police officer would solicit a prostitute, knowing the consequences well and knowing how much he stands to lose. His attorney answered that question saying that "Those are personal things he's dealing with. He knows the ramifications ... and that's what upsets him most about his actions." It is difficult to know what is in the human heart, and his attorney went on to say that "unfortunately, he made a terrible choice," and "he's human just as we all are..."

What Is "John School"?

John School is typically a one-day education course that is meant to educate and rehabilitate first-time offender Johns who do not have a violent history. It is offered on a quarterly basis, and Schoolcraft has until June to complete it. John School can entail listening to a variety of speakers including law enforcement, public health workers, and human trafficking survivors. They might hear gripping personal stories of prostitutes telling about a childhood of sexual abuse and falling into prostitution to feed a drug habit.

John School was instituted by Columbus City Attorney Richard C. Pfeiffer Jr. in 2007. Many men go to it because of deals they struck with attorneys and some were ordered as part of their probation.

Part of the class is to teach people about the risks of sexually transmitted diseases and getting physically injured. Johns are also shown color slides of communicable diseases as a deterrent. They are also warned about the inherent danger because many prostitutes carry weapons with them such as screwdrivers and box cutters.

It was instituted by Columbus City Attorney Richard C. Pfeiffer Jr. in 2007. Assistant City Attorney Michael C. Allbritain offers the course three to four times a year. Many men go to it because of deals they struck with attorneys and some were ordered as part of their probation. Their reactions differ, with some rolling their eyes and fighting sleep, and with others thanking Allbritain for shedding light on issues they had not considered.

Been Charged with Solicitation or Prostitution? Not to Worry, We're Here to Help

If you have been charged with a solicitation or prostitution charge, contact my Columbus, Ohio criminal defense firm today for a free and confidential consultation. You don't want to serve jail time, and there may be ways to minimize the impact being charged with one of these offenses can have on your life. An experienced criminal defense attorney can tell you what the likelihood of lessening the charge or dismissing it altogether may be. I will sit down with you an go over the details of your case and give you my honest professional opinion about what the best strategies going forward would be based on the facts. You can't afford not to hire the best attorney you can. Check out these other blog topics for more on how to find a great attorney: