Ohio Board of Pharmacy Announces Location of Medical Marijuana Dispensaries 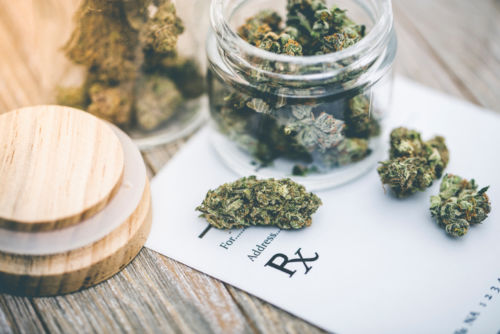 In early June 2018, the Ohio Board of Pharmacy announced the 56 sites approved to be Ohio medical marijuana dispensaries.

The medical marijuana dispensaries that are approved and will open in Columbus are as follows:

The Board received 376 applications to sell medical marijuana and could award up to 60 provisional licenses.

Provisional license winners have six months to meet all requirements before they can begin selling medical marijuana to consumers.

Legalization of Medical Marijuana in Ohio

In spite of the legalization of medical marijuana in Ohio, it remains illegal to smoke marijuana.

Ohio medical marijuana dispensaries will be authorized to sell marijuana material for vaping, and in oil, tinctures, lotions, patches, and edibles.

Ohio’s Medical Marijuana Program NOT Expected to be Fully Operational by September 8, 2018

Ohio’s medical marijuana program was supposed to be fully operational by September 8, 2018, but state officials acknowledge that this will not be the case.

Ohio’ Board of Pharmacy issued 25 licenses to cultivate marijuana, but none have been allowed to begin growing plants. Licenses for testing labs and processors have yet to be awarded.

How to Participate in Ohio’s Medical Marijuana Program

Patients will to register through their doctor’s office and will be issued an electronic patient ID card. Their registration will be noted in the State’s controlled substances database and patients will need to present their ID when they buy medical marijuana at a dispensary.

Medical marijuana dispensaries must be located at least 500 feet from schools, churches libraries, and playgrounds. Local governments can restrict where medical marijuana businesses can operate, and many have banned them.

Dispensaries paid a $5,000 application fee per license, and licensees will pay a $70,000 license fee every other year.

It is illegal to grow marijuana in your home without a license.

How Much Marijuana Will Patients Be Able to Purchase?

The Board of Pharmacy has set purchase and possession limits organized by the total quantity of cannabinoid (THC) available in the final product and has proposed the following tiers based on THC concentration:

Patients would be able to purchase:

Driving While Under the Influence of Marijuana Remains Illegal

It will remainpossible to be charged with Driving Under the Influence (DUI) of marijuana. Ohio has defined the following per se limits to establish intoxication by marijuana while driving:

Anyone caught driving with the presence of marijuana above these limits can be charged with DUI and will face up to 6 months in prison, a license suspension of up to 3 years, may be required to pay fines of up to $1,075, and risks having a misdemeanor charge added to their criminal record.

While patients are not permitted to be under the influence of medical marijuana while driving, it will be legal to transport marijuana products in their original packaging in a secure location in the vehicle.

A person charged with possession of marijuana faces fines of up to $150 for a first offense.